America before election is routinely on a rollercoaster, drawn apart by conflicting forces. It’s time for a sophisticated democracy such as ours to see a big picture and understand that demonizing the opposing party is ultimately counterproductive: just look at Ted Cruz! Instead of correcting/perfecting his own ways, Cruz accused Donald Trump of God-knows-what, but only to his own detriment: even some evangelicals preferred Trump. It looks like this pattern will be reenacted by Trump accusing Hillary Clinton of God-knows-what instead of correcting his ways: it’s easier to accuse/criticize than think and do.

My point is that in order to advance our success, we need to stop demonizing the “enemies” or finding excuses for not going an extra mile to reach our goals. Instead, we need to focus on the proven ways to make it in America, giving it our 100% without reserve—then we’ll succeed!

Why am I so sure? My research for the upcoming book series – describing how the first-generation immigrant women made it in America – has shown that indeed “blood, sweat, and tears” are good not only for the song lyrics or fictitious pursuers of the American Dream. This mindset of workaholic optimism is mass-applicable, and it’s time to start working on it.

The ways that made it possible for the most vulnerable US demographic, immigrant womankind, to succeed are not one-offs: they use lots of their own “blood, sweat, and tears” to perfect them all, including:

1. Good education
2. Language acquisition
3. Cultural integration and social networking
4. Utilizing unique double-culture vision to find the niche
5. Building business/career from scratch
6. Being a persistent workaholic
7. Reinventing self from an outsider to a successful outlier, a super achiever.

Some of these proven ways have shortcuts:

A. One natural – and central to their success – shortcut is double-culture vision, or ability to see things from two different cultural perspectives and broader knowledge: immigrants can identify the niches/opportunities sooner than other people.

B. An American-born spouse is helpful for faster language acquisition; adjusting to and handling a new culture; and establishing a reliable circle of friends.

C. The material aspect of life may be easier with a native-born spouse too, because money never hurts – think of Melania Trump! My outstanding book subjects told me, however, that money means little for upping one’s personal success or brand name (and we’re talking of “every woman,” not a billionaire’s wife); it’s one’s personal tenacity and sweat and tears that count. A constructive role of a partner is being a sounding board, cheer leader, and adviser—that is, the role that both native-born and immigrant women equally enjoy and value.

How to Utilize Your Unique Advantages

Each successful immigrant woman embraces the proven ways on her success trek while adding her own spin, for instance:

The Case of Hannah Kain, from Denmark: Giving It Her Very Best

For Hannah Kain, President and CEO of ALOM Technologies Corporation, achievement is not a line but a dimension, like the dimensions of space. Hannah knows how to operate in a multi-dimensional business space she has created for herself, always giving her very best to everything she’s after—and she always succeeds. Why?

Hannah (pictured) brought a lot to the American table: 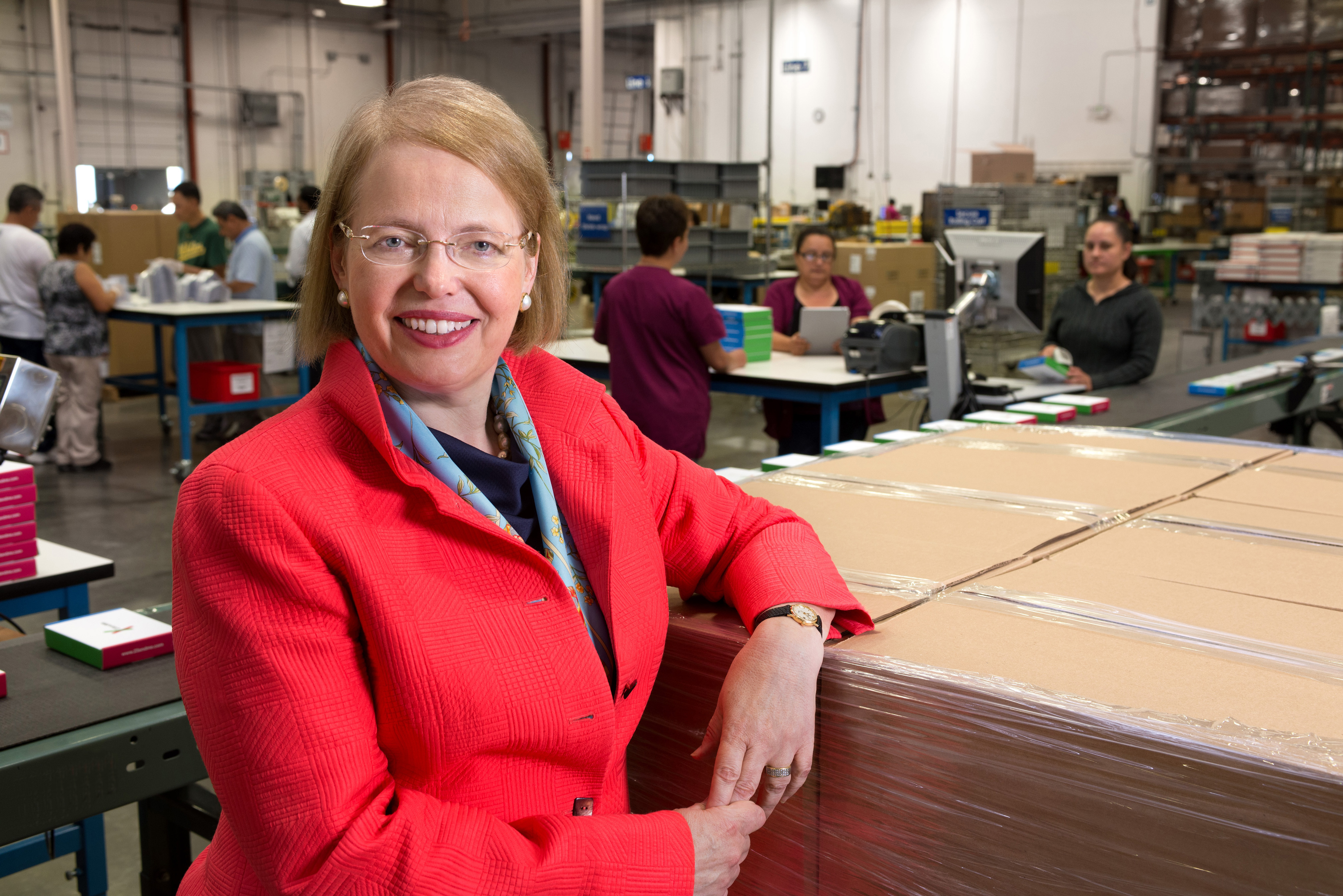 1. Values – including compassion – inherited from her professor father who was a Nazi camp prisoner and her mother, who taught disadvantaged schoolchildren.

2. Sense of a level field developed during her short stint as a member of Danish parliament and being her party’s chairperson of the equal rights commission.

3. Inclusive leadership the Scandinavians are famous for. In Hannah’s own words, “I believe I bring a Danish management culture to my company, creating an open and positive team environment. Inclusive, compassionate, but also goal focused.”

4. Stellar education: 1 Bachelor and 2 Master’s degrees completed in Denmark, plus an executive program needed for her US business, from Tuck School of Business at Dartmouth.

5. Pragmatic attitude to learning a new language. Hannah gave it her very best: “To a large extent, the discrimination against me as an immigrant was because of poor English – which was my job to fix.”

7. Unique double-culture vision allowed her to spot the right opportunity for starting her own business in 1997. The industry Hannah’s in – supply chain services – is changing by the minute, so she had to reinvent herself and her company many times, to grow and operate from 16 locations worldwide. For her, the American game is to integrate, learn and change continuously—and enjoy the ride.

It is far from easy to achieve success both in the USA and Denmark, where business dimensions differ—but Hannah made it. She made it because she never demonizes real/imaginary rivals; she just outperforms them and enjoys the business rollercoaster: she works, not whines—and wins!

These are hard times for all American immigrants: immigration became the lightning rod in the current presidential campaign. The intolerance torch – and Trumpism mentality as a whole – caught fire ignited by those who use it for their own ends. And I don’t mean that poor Mr. Trump should be held responsible for total effects of Trumpism: he’s only a bold standard-bearer, trusted by those who do not require proven facts.

Our immigrants don’t deserve to stay on the defensive. We, the people, need to remember who we are as a great nation and abstain from demonizing opponents, immigrants including. Let’s follow the proven ways charted by prominent role models, such as Hannah Kain, with dignity, to actively advance our personal/business successes. Our progress will prove all detractors wrong! 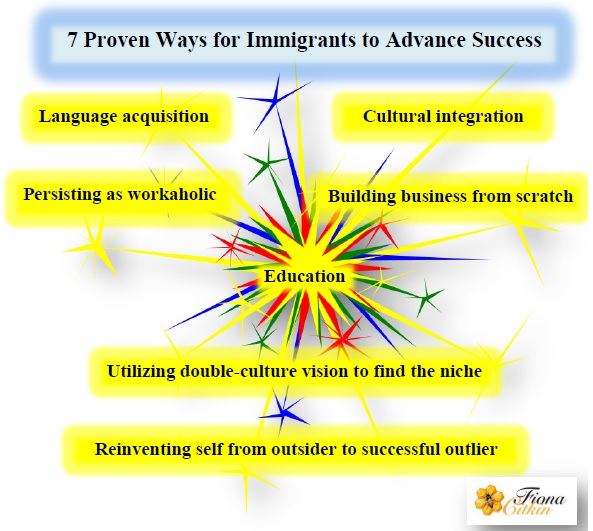