The hot climate of presidential campaign allows us voters two choices for breezing free: either to philosophically observe whatever’s happening in our country torn apart by the establishment types on either sides – or join in the “political revolution” of the awakened, formerly silent majority trying to improve the state of the Union.

The sad state of the Union was diagnosed as “Trumpism” in a comprehensive article in The Atlantic. According to Norman Ornstein, Trumpism as a condition is a broad societal phenomena/mindset that fostered the rise of Donald Trump, a presidential candidate who seized support of Republican-leaning masses. The 8 causes of Trumpism run deeper than nation-wide punditocracy is willing to acknowledge.

But let’s not blame everything on pundits because many people and organizations have their fingers in the mess: the dysfunctional Congress came short on big promises; the government didn’t punish any offenders in the 2008 collapse; the Supreme Court Super-PACs decision led to billionaires buying politicians; the police killed unarmed civilians; free trade intensified frustrations of the economically distressed working-class white; the income and race gaps deepened—and immigration somehow became a symbol of all undesirable changes.

People’s anger at the social order turning upside-down spilled over in the Internet where self-selected groups of “friends” read/trust only each other – and develop intolerance of other groups and contempt for establishment. This quintessential intolerance of opposing opinions – spiced by Trump – makes Trumpism look like extremism, the opposite of democracy—as democracy is about tolerance.

As a call for tolerance and actionable equality of the sexes, feminism is the opposite of tough-to-stomach Trumpism — so it’s practical to embrace it as a slow-release therapy that helps to survive-and-thrive. If you have any reservations/preconceptions about feminism, discard them as old-fashioned: we need to be up-to-speed with the 4th wave, or modern feminism, as advocated by Emma Watson in the UN. Many men now proudly call themselves feminists.

Why can feminism be the best antidote against Trumpism in general and Trump in particular? This equality-centered mindset gives us worthy goals and inspires to counteract broad adversity and Trump – with his hateful remarks on immigrants/minorities and women. For my upcoming book I researched immigrant women, who belong to both of these categories, and revealed different feminist flavors conditioning the book subjects’ leadership.

Being a Modern Feminist

Isabel Allende, Forever Feminist (pictured with Chile’s President Michelle Bachelet), expressed her feminist ideas early on, when writing for a feminist magazine in Santiago. Her feminism came from watching her mother’s embarrassments after her husband left the family and from always-subservient position of women in the macho-culture countries. 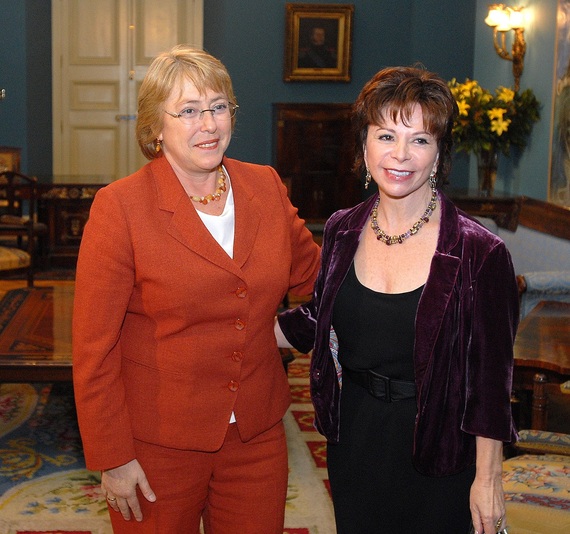 Maya Strelar-Migotti, Executive Feminist, came from Denmark (more advanced in women’s equality than the US) – and was willing to promote gender parity. She created Women in Leadership initiative at Ericsson, to empower women; she always encourages male managers to lean-in to women.

Sophie Vandebroek, Can-do Feminist, has her personal diversity points of pride on promoting women in high-tech: out of 104 engineers she hired at Xerox R&D, 34 are women, a high score for her industry. Her personal get-up-fighter role-modeling and stellar work-life balancing make a mark in modern feminism.

Hilda Ochoa-Brillembourg, Formidable Feminist, is a living proof that gender equity is good for both men and women. In her public speeches she shares her innovative insights for women’s career-building in competitive professions.

Weili Dai, Fusion Feminist, never shies away from pointing out her feminine looks and love of cooking and decorating—or sticking to her long-held belief that “women are caretakers.” As an executive leader, she passionately promotes women because “women are the future of the tech.”

Alfa Demmellash, Firm Feminist, has figured out how to help women/minorities who struggle to reach their economic stability/independence. Her company helps and coaches those starting from scratch.

Rohini Anand, Start-at-Home Feminist, believes that feminism, like charity, should start at home. This is in sync with Gloria Steinem saying that “women are not going to be equal outside the home until men are equal in it.”

Edwina Sandys, Artistic Feminist, stands out with her bold feminism in sculpture. Her artistic focus on women resulted in strong, distinctly feminist works, like “Christa,” “Marriage Bed,” “Eve’s Apple,” and the United Nations and the world recognized that.

Irmgard Lafrentz, Undercover Feminist, craved for independence, if only to prove herself to her mother. Although she never expressed her pro-feminist views distinctly, charting an independent course in a heavily male-dominated industry makes her a good role model.

Deborah Levine, Vocal Feminist, maintains that women need to get rid of false modesty, their self-protection tool. She’s calling women to “lean in” and promotes them in STEM – in her American Diversity Report and the Huffington Post blogs.

Raegan Moya-Jones, Missionary Feminist, suffered from sexism in corporate America. She now set out to prove that it’s “sexism” that should be a dirty word, not “feminism.”

It’s time for the modern feminists of immigrant descent to be broadly recognized for their remarkable contributions to America’s well-being and culture. From them, we learn how to meet massive challenges and win against all odds. Their leadership benefits women and men alike.

In the thick of Trumpism and vulgar sexism of some presidential debates, we still have candidates who push for gender equity. Thus, Senator Sanders is a socialist-feminist candidate whose social-democratic policies would improve the lives of a majority of women and men. It’s also tempting to install a woman in the Oval Office—and shatter the glass ceiling! Hillary Clinton is some kind of feminist for sure—and her visibility would bring the importance of gender equity into the center stage.

Slow-release therapies work well, so we’ll be fine. Share it! 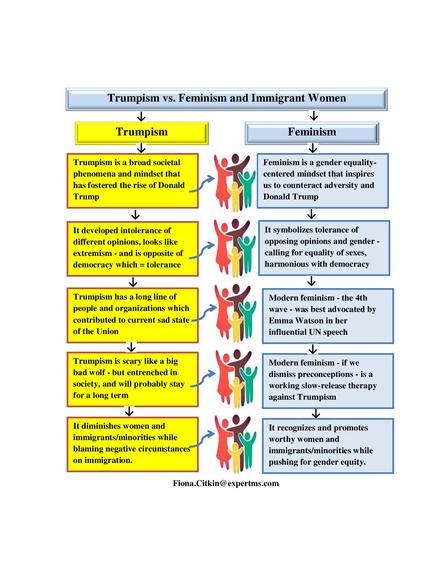