The scenes of the terrorist massacre in Paris shook the world – and also put a special spin on the presidential campaign debate which, according to Cathleen Decker, “demonstrated Clinton’s advantage once the focus turned to foreign policy.” She’s also the most trusted presidential candidate to handle terrorism, as recent poll found.

Still, Hillary Clinton—as well as other American movers-and-shakers—needs to constantly consider BOTH sides of the war on terror:

And this is where the immigrant-refugee specific know-how is critical. Mrs. Clinton – and the rest of us – needs to factor in a profound difference between regular American immigrants coming to the U.S. for centuries and the recent migrants/refugees from the Middle East and other war-ravaged regions. The regular immigrants – including Muslims – saw America as a dream land of opportunity, as they were fleeing religious prosecution, genocide, or pogroms—and they were not blaming America for their problems. In contrast, some recent migrants are actually blaming America and the West at large for generating chaos in their countries—so they do not ask for asylum but expect/demand it. They aren’t alone blaming America for the rise of ISIS (and supporting Bin Laden against socialism) but the point is: certain migrants are coming not because they want to embrace our values and become part of the great nation. And these individuals may become susceptible to extremist propaganda.

It appears that nobody looks into this differentiation: our media pays more attention to celebrity scandals and most politicians – to the polls of the population programed by media. This vicious circle needs to be disrupted, for global security’s sake. Here’s my immigrant’s perspective.

To Build or Not to Build, Is This the Question?

There’s much talk about building the wall to protect the U.S. from unwanted immigrants: however cost-prohibitive, the project’s proponents sound like patriots—and this is what they care about. Lip service aside, if we want to build a wall, Mr. Trump may be the best person to supervise it: he’s in the construction business. OK, if we choose to build, let’s look into the prior wall-building experience: the USSR and Germany built it (to stop their citizens defecting); Israel built it (facing tougher problems than illegal immigrants); Hungary built it, only to prove it can’t really stop all desperate migrants.

Today, the right questions to ask are far from wall-building – they are about preventing terrorist incidents, e.g.:

Finding the right answers to these questions – while avoiding notorious witch-hunting – would be the real war on terrorism.

Against this grim background, we badly need a positive perspective – remembering what immigrants and refugees bring to the all-American table. So let me introduce…

You cannot find a more composed person than Pauline, with her quiet elegance, queenly carriage, and creative leadership as Director of the American Federation of Arts (AFA). Born in Guyana bordering Venezuela, Suriname, and Brazil, Pauline strived to reach higher than her country’s macho culture would allow at that time. She came to New York as a young woman, her head swimming with ambitious dreams, and earned a business school degree. Having lost her father early, it was her grandfather who instilled a sense of humility: her natural beauty isn’t that important, while hard work, public service, and noble aspirations should be front and center—which became a guiding light through her life. 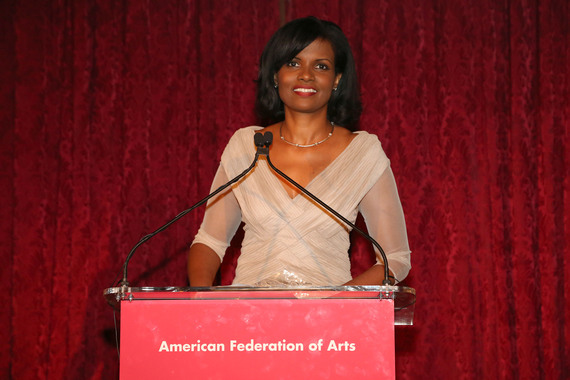 Pauline (pictured above) married, raised a family, and integrated into New York City, quickly recognizing the importance of the arts to which she devoted her career. Racial or anti-immigrant discrimination were never the issues for her – but gender’s a different story; like other ambitious women, she hit the glass ceiling. Eventually, she broke through at AFA that needed a progressive Director—and they promoted Pauline on merit making her the organization’s first African-American Director. A sharp insider with classic immigrant creativity, Pauline saw the AFA potential and quickly tripled its outreach, bringing more diverse exhibitions to more museums and broader audiences. She accomplished it with the help of the new, committed team (pictured). 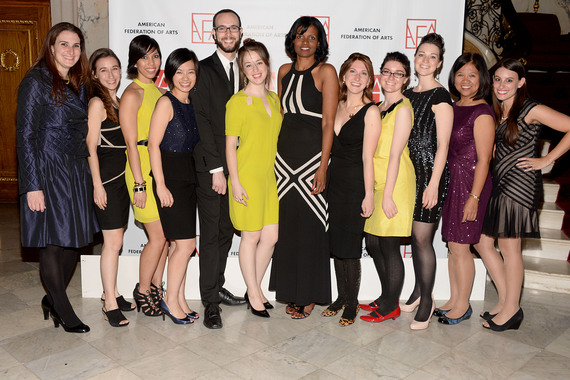 Her leadership is now resounding—and Pauline never stops. Developing ways in which the century-old nonprofit can innovate globally is next. She aspires to make AFA celebrated internationally – and is exploring collaboration opportunities with the Chinese museums eager to travel their collections abroad.

The Chinese counterparts (pictured) recognized Pauline’s ability to work across cultures with humility, creativity, and culturally-appropriate respect. Therefore, her global cooperation-building establishes a solid foundation for success in China and elsewhere. 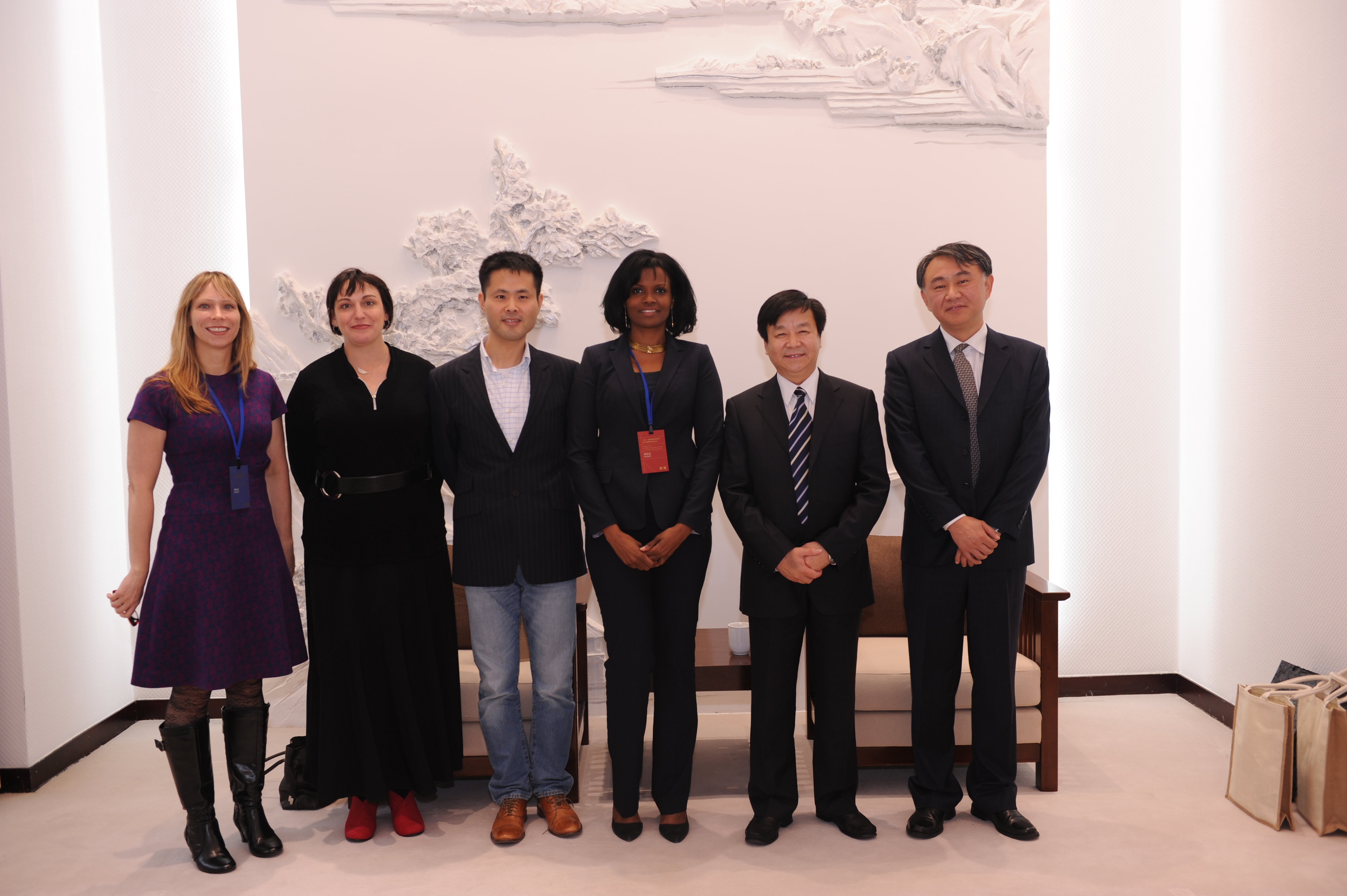 The point: Pauline’s immigrant input into American cultural DNA is beneficial for the US well-being and culture. We need to showcase more of our successful immigrants – as role-models not only for immigrants but also for native-born success seekers. I do my part in the upcoming book.

Our response should be not extremist-like but cleverly balanced: recognizing the benefits of immigration plus getting seriously prepared to counteract homegrown terrorists. We cannot know everything, but we should know better.  Share it!