Isn’t it motivating to see how Fulbright-program’s background conditions its recipients for becoming outstanding professionals? How does Fulbright fellowship fulfill their potential to give back to their respective countries as well as to America?  A former Fulbright Scholar and now a Board member of Fulbright-NJ, I’d like to offer you my personal perspective on what it means to belong to the Fulbright, and beyond.

The Fulbright Program is among the most prestigious worldwide award programs, operating in 155 countries. Founded by Senator J. William Fulbright  in 1946 and sponsored by the US Government, its mission is to promote international educational exchange for students, scholars, and diverse professionals. Forty-three – and counting – Fulbright alumni  have won Nobel Prizes, seventy-eight – Pulitzer Prizes, one was a UN Secretary-General, and eighteen served as heads of states—more than participants under any other award program. These achievements contributed to the Fulbright programs’ global prestige.

As a former Fulbrighter, I know first-hand about a rigorous selection process and long-lasting results—and would like to point out that the program’s impact is not restricted to scientific or educational benefits: it also informs participants about the nuts and bolts of American democracy and sky’s-the-limit opportunities in the Land of the Free. I remember our group of Fulbrighters having tours “to the roots of democracy” and meetings with the US government officials. The participants from the new-to-democracy countries, like me, found it particularly impressive because soft influence goes deeper and works better than the tougher way of invading certain countries in support of their democratic trends.

Female Fulbrighters in the US

Let me highlight Fulbright women’s issues, as I covered them in my HuffPost blogs, in the published book, and in The Bridge talk-show. Along the way, I interviewed and researched five (5) outstanding Fulbright women and profiled two of them in my recent book. Let me share what I know about four of them.

Some Fulbright fellows, both men and women, come to the US, then return to their respective countries, and later they come back to America, for reasons more than one. So, technically they become immigrants. When we hear the specific phrase, “immigrant women”—the typical associations bring up pictures of nannies, cleaning ladies, etc., and such. And these associations reflect life, as shown in the research-based book, Immigration and Women: Understanding the American Experience.

But the situation with the foreign-born women status is changing, slowly but steadily. Indeed, according to the Center for American Progress, 11 percent of immigrant women have a master’s, professional, or doctorate degree, compared to 10.2 percent of the native-born. In fact, many highly educated women immigrants make remarkable headways in the US. While, statistically, these women are atypical, they make a considerable contribution to American society. For instance, let’s discuss the foreign-born female former Fulbright Fellows who live, work, and contribute to America of today.

The common question to ask is, why did some foreign-born Fulbrighters choose to stay in America? Well, some Fulbright alumni get the “American bug”; they fall in love with the US, its freedoms, opportunities, technology, and culture—and upon return to the US, they join the miracle called America. As a result, we gain the intellectual elite in the best sense of this word: truly meritocratic and contributing positively to American upward social mobility.

Let us see what exactly America gets in these former Fulbright Fellows. 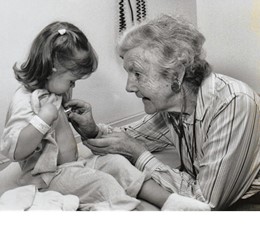 Audrie Evans spent her whole life and career caring about children with cancer.

On coming to Boston for the first time in 1953 as a Fulbright Fellow, Audrey, a medical doctor, caught the “American bug” of treating children in hospitals; when she discovered that there were no pediatric hospitals in England at that time, she returned to America. The rest of her life has been dedicated to caring for children with cancer. Responsible for early clinical trials of leading chemotherapy agents, Audrey developed the Evans Strategy System, to help design appropriate treatment based on the disease’s stage.

She became the head of the Children’s Hospital of Philadelphia and founded the world-renowned Children’s Cancer Research Center.

Notably, Audrey co-founded the first Ronald McDonald House  in Philadelphia in 1974, providing much-needed support for parents of treated children. Today there are more than 200 Ronald McDonald Houses in over 20 countries. Now retired, Audrey resides in Philadelphia, PA.  What a beautiful mind Audrey Elizabeth Evans has—driven by compassion,  which is the bedrock of our capacity to serve! 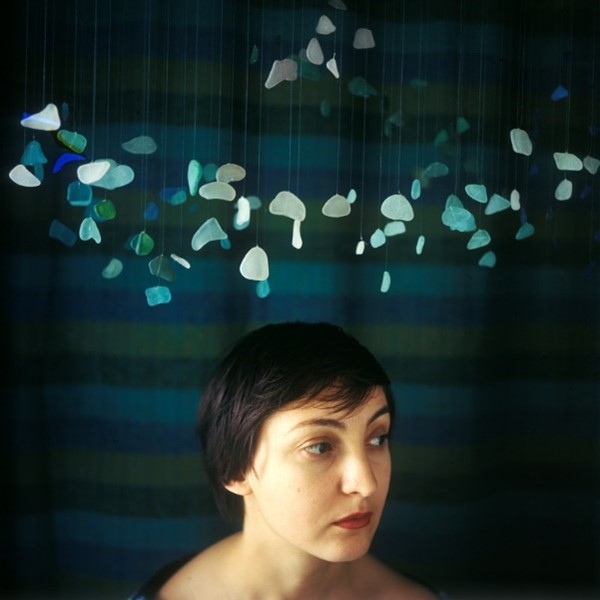 Athena Tacha in front of her first sculpture, at the beginning if her artistic career.

Born in Larissa, Greece, Athena studied sculpture at the National Academy of Fine Arts in Athens—and with the help of Fulbright scholarship went to study and receive an M.A. in art history from Oberlin College, OH. Later, she received her Ph.D. in Aesthetics from the Sorbonne in Paris, France, and then—because she came to love America as an embodiment of artistic freedom—returned to Oberlin to work as curator at Allen Memorial Art Museum and teach sculpture classes at the college.

As an artist, Athena Tacha first became known for her work in site-specific art, mostly large-scale outdoor pieces: Charles River Step Sculpture for a site in Cambridge, MA in 1974, and Streams in Oberlin, OH in 1975.

Tacha works with stone, brick, steel, water, plants, and LED lighting. Some of her famous commissions include:

She has exhibited extensively (including the Grounds for Sculpture in Hamilton, NJ—where I first interviewed her), and her works are in the permanent collections of MOMA, New York, the Hirschhorn Museum and Sculpture Garden in Washington, DC, and other significant institutions. Athena’s vision of the world manifested in art will be here to stay and beautify our country even more. 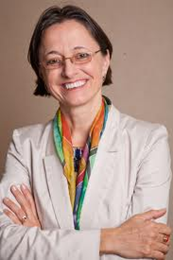 Sophie Vandebroek had a dream to be involved in the high-tech career – and became a head of Xerox and IBM research labs.

Sophie got her “American bug” while a Fulbright Fellow at Cornell, admiring US technology and the stimulating international environment of the research labs. She says: “At home we were raised very humble, with a notion that we are never good enough. So, I studied hard and worked hard…” Sophie led one of the best industry research labs, with locations around the globe—being a corporate VP, CTO of Xerox and President of Xerox Innovation group. Holding 14 US patents, she was inducted into Belgium’s Women in Science and Technology International Hall of Fame.

Today this advisor, board member, and trustee with C-level experience at IBM and Xerox, has been interviewed by mass media multiple times, including The Bridge for Women Worldwide, where you can hear all about her strategies for successful career in high-tech, learn how to become a high achiever starting as an immigrant student; how to become part & parcel of true American meritocracy; in short – how to remain a rainmaker, successful in the industry traditionally tough for women.

“Being a woman in high technology was harder than being an immigrant,” she admits. “Luckily, the high-tech industry remains a true meritocracy so no matter your race, gender or other aspects that make you unique, you can be successful.” Sophie inspires  many other women to pursue high-tech careers. The executive with a beautiful mind, she is a role-model to remember. 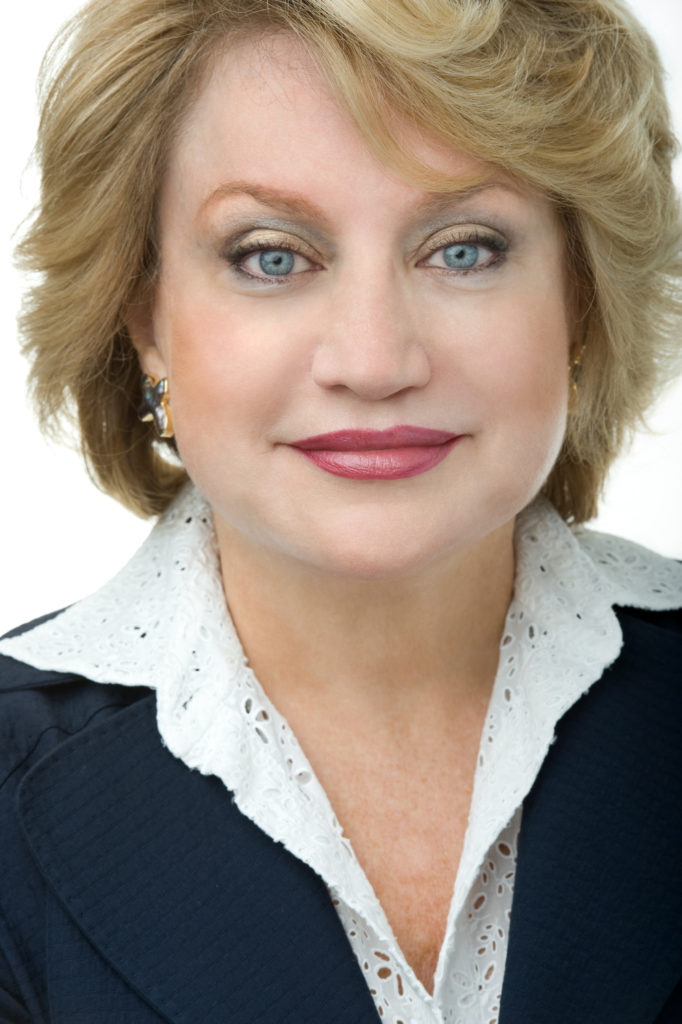 Hilda Ochoa-Brillembourg from Venezuela, with her relentless pursuit of Alpha, became a titan of finance in the United States.

As a Fulbright-Hays Fellow, Hilda earned her MPA from John F. Kennedy School of Government and completed a doctorate at the Harvard Business School. She eventually became as Chief Investment Officer and Asset Liability Advisor at the World Bank. Most importantly, Hilda developed a process for managing uniquely competitive investment portfolios that adapt to changing market, economic, and client conditions. This innovation enabled her to found Strategic Investment Partners, an open-architecture platform company that now manages assets over $33 billion.

Her “American bug” being entrepreneurship, Hilda applied her formidable intellect to pursuing Alpha—in the investments and the lives of her clients and staff.  She was twice named as one of the top 50 Smartest Women in Business in the US  and also included among Power 30 in Business.

Broadly known in professional circles as a “titan of finance,” Hilda received the Fulbright Association’s Lifetime Achievement Medal in 2005.

Stereotypes stand strong, we all know that. The stereotype of women as good-only-for-supporting-roles gets exacerbated when people stereotype immigrant women as only working in lower-level jobs. It’s time to break both stereotypes; the Fulbright immigrant women demonstrate an emerging pattern of making enormous contributions to US-American society. Working in diverse competitive fields, they make strong leaders, excelling in everything they put their minds to—and demonstrating their talent, the talent reinforced by Fulbright!

It is our hope that as part of the worldwide war for talent, the long-upcoming immigration reform will modernize the rules for the talented professionals—men and women—making it easier for them to stay in the country, without too much red tape.  Isn’t it wise to strive for more brain gain, embracing our newly found beautiful minds, and point them out as worthwhile role-models for young Americans?

You are welcome to: